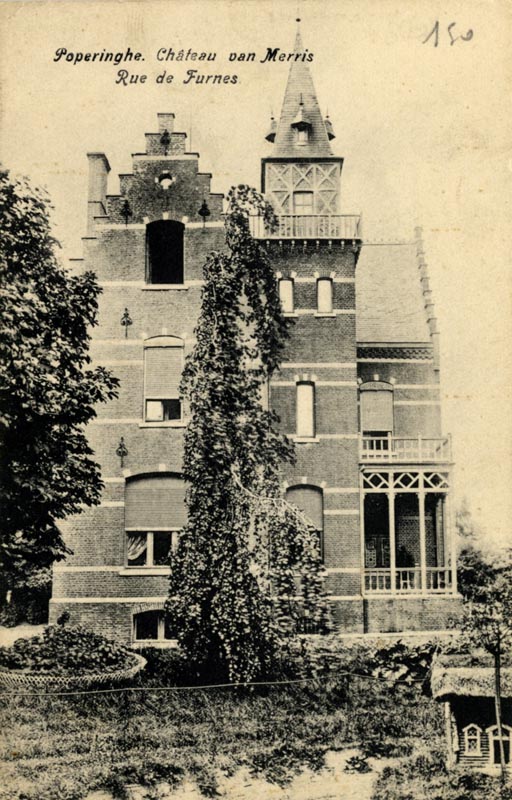 On Friday, April 11th of 2002 the sparklingly new and charming hotel Manoir Ogygia welcomed its first guests. Manoir Ogygia is located in a castle park in the Veurnestraat in Poperinge and welcomes people who enjoy life at the fullest. The hotel is the property of Carmen Logie.

Manoir Ogygia - a name derived from Greek mythology - has nine rooms (two of which are duplex) on the ground and first floor with a total capacity of 22 guests. On the second floor there is our suite Erato with sauna and outdoor jacuzzi.

Manoir Ogygia reinforces the offer of luxurious hotel rooms in the Hoppeland and complies with the increasing demand for comfortable, safe and high quality rooms in a unique environment. Some rooms are also accessible for wheelchair users.

Ideal for a "Westhoek, sheer wonder" documentary? Or a background report with a perfect mix of relaxation and tourism? An example of the integration of a new hotel in a castle park next to a 19th century château?

Not renovated, new! It might seem improbable to those unfamiliar with the castle park, but Manoir Ogygia was completely built from scratch, be it with respect for the environment (castle park and former Merris castle). Architect Luc Vandewynckel (Poperinge) and the interior decorating teams managed to create the illusion of a renovated 19th century manor, providing Manoir Ogygia with a soul, charm and authentic warmth.

Castle: the ground floor of the castle has been renovated and is now used as a conference room (up to 12 persons).